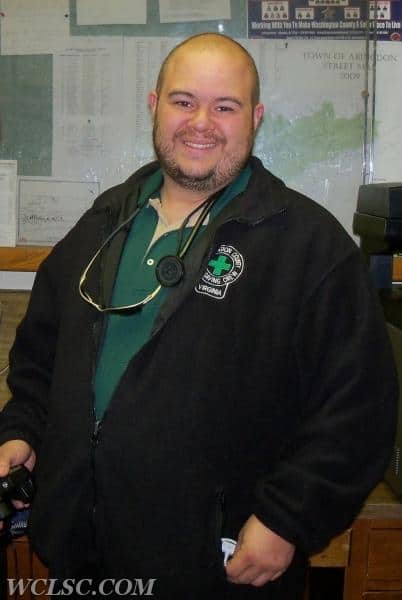 For the public and current members of Washington County Life Saving Crew who never had the privilege of meeting Justin “Scooter” Yurong, I will try to put into words the impossible task of explaining what a truly amazing man Justin was.

I met Justin when he joined WCLSC as a probationary member on November 3rd of 2004. Both Justin and I were 17 and brand new to EMS. I had just been brought on as a full member myself, so in a way, we “grew up” together as junior members and became very close friends.

There were two things I learned very quickly about Justin. First, he was usually the smartest guy in the room and almost always right about whatever the topic of conversation was. Were he here right now, he would interrupt me to say that he, in fact, was ALWAYS right. The second thing that was very apparent about Justin, was his absolute determination to do whatever he had set his mind to. Come Hell or High Water.

Simply to list Justin’s accomplishments is a daunting task. He got his EMT in 2004 followed by his National Registry Paramedic not long after that. He received his Bachelor’s Degree in Emergency Medical Care, his Master’s Degree in Emergency Health Services and a Graduate Certificate in Instructional Systems Design.

He was a Paramedic Program Consultant and lecturer for Al-Ghad International College of Health Sciences in Riyadh, Saudi Arabia for two years, the Emergency Services Education Coordinator for the Yakima County Department of EMS in Yakima, Washington, and most recently an Assistant Professor of Paramedicine and the Paramedic Program Coordinator for the University of Alaska Fairbanks starting in 2014. Justin also attended flight school at LeTourneau University in Texas and loved flying single engine aircrafts when he got the chance.

If this list sounds impressive, trust me, it is. And Justin did it all with incredible speed and tenacity becoming one of the best educators and mentors I have ever had.

The first impression anyone got of Justin was probably his presence. He always joked about the fact that he was fat, and to be fair, he was a big guy, but that’s not what I mean here…. You see, Justin was a “enter-the room-and-light-it-up-with-my-personality” kind of guy. He was incredibly bright and was extremely quick with the wit and comebacks. If you weren’t careful, Justin could whip up a comment that would go right over your head and then he would have a hearty laugh at your expense. That brings me to his laugh… he had a bigger than life personality and with it a laugh that could lighten even the most sour of moods.

The second thing that people noticed about Justin, was the incredible speed with which he talked. Some of us just thought it was because he was from California and apparently they talk faster there. He would tell us it was because he was a pilot and pilots talk fast, especially on the radio. The truth, I suspect, is that his mouth was just trying to keep up with the incredible speed of his brain. And if you ever heard Justin talking about something he was really excited about or something he was trying to convey quickly, he would remind you of the guy reading the disclaimer at the end of a commercial.

Justin’s hobbies included handgun competitions and several entrepreneurial ventures. And like everything Justin did, he excelled in these as well. His most recent accomplishment was winning the 2017 Alaska Concealed Carry Championship – Carry Optics Match on July 9th with his custom made Walther Arms Q5. Like any true gun enthusiast, he was strongly opinionated about his weapons. He shuttered at the fact that I preferred a Glock, and he will be with me in my thoughts every time I shoot my “plastic” gun from here on out.

In June of this year, Justin became the owner/operator of Fairbanks Alaska Shooter. And when I got a “you-won’t-believe-what-I-just-bought” FaceBook message from him about it, his excitement was apparent.

He owned and operated Alaska Aerial Imaging along with his wife Laura and brother Ryan. Combining his talent and love of shooting and flying, he captured aerial images of competitive shooting matches with drones.

Justin married his wife, Laura, in December of 2015. Although we have never met, I can tell you that she was Justin’s soulmate. If you guys thought he talked fast about shooting or teaching EMS, you should have heard him talking about his wife, his dogs, and his new house! He didn’t just love the life he had built with his family, he was living his dream.

Even with everything mentioned here, I have barely scratched the surface of who Justin was. Every one of us has a Justin Yurong story tied to the lasting impression and the memories he has left us. He was an incredible husband, brother, son, friend, mentor, educator, and paramedic. The impact he has had through his teachings, business adventures, and friendships is a testament to the knowledgeable, dedicated, and motivated person that he was.

The last thing I’m going to leave you with, is his smile. He was always smiling. I’m fairly certain that there may not even exist a picture where Justin was being serious. When I think of Justin, I see his smile, and the fact that it radiated to his whole face. It was infectious, and a precious memory for those of us remembering him.

Justin Yurong was the kind of guy you meet and never forget meeting. Justin was the most genuine, kind-hearted, and supportive individual you could ever hope to have as a friend. He would have your back, no matter what. He meant a great deal to me and the people that worked with him and loved him here at WCLSC. We will miss him for the rest of our lives.

We’ve got it from here.

What you can read next 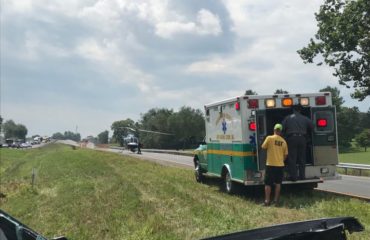 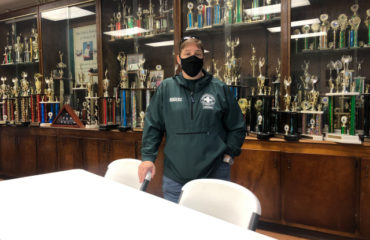 The latest weather for abingdon

The Washington County Life Saving Crew provides Emergency Medical Services in and around Washington County, Virginia. Our providers respond to over 3,000 emergencies each year, including medical emergencies, crash rescue, water rescue, and provide mutual aid for Advanced Life Support for neighboring agencies. Even if you or your loved ones have never needed our services, you can rest easy knowing that we are there for you 365 days a year.